They Came To Be Called Merikins

How are African Americans and Trinidad & Tobago connected? Through the Merikins, former enslaved from North America who earned their freedom by fighting with the British in the 1812-1815 war. In return for their service, the British granted the soldiers sixteen acres of land in various parts of their empire. In Trinidad their descendants came to be called – Merikin.

We head to Moruga, a place of history and mystery. Along the way, learn the fascinating history of how African American soldiers eventually settled in Company Villages. On arrival in Indian Walk, we will visit the site where Pa Neezer a famous healer and descendant of the Merikins made his home. Going deeper into Moruga, you will witness architecture from previous eras and learn about the ancient African martial art of ‘stick-fighting’, still practiced today. The tour includes stories, authentic Meriken/ African influenced food and secrets about Meriken healing practices.

Pick up and return to select POS hotels 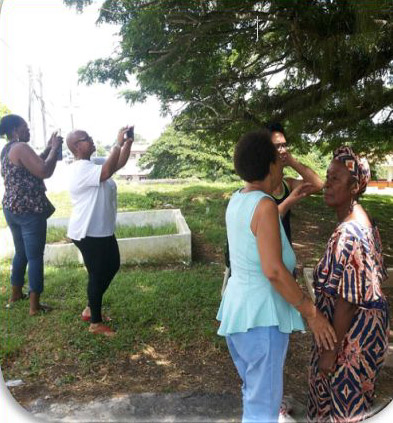